CCAA News (Written by/Photo by Zhang Yizhou, Executive Editor: Zhou Xiaoji) On April 14, the "2021 Online Briefings on Enrollment Policies of Chinese Universities towards AMS" was held by ASEAN-China Centre Education, Culture and Tourism Department (ECTD) at ASEAN-China Centre. Chen Dehai, Secretary-General of ASEAN-China Centre, Zhou Hui, Vice Head of ECTD, and officials from the embassies in China of Thailand, Indonesia, Singapore, Laos and the Philippines attended the meeting. The College of Chinese & ASEAN Arts (CCAA) was invited to attend the conference. 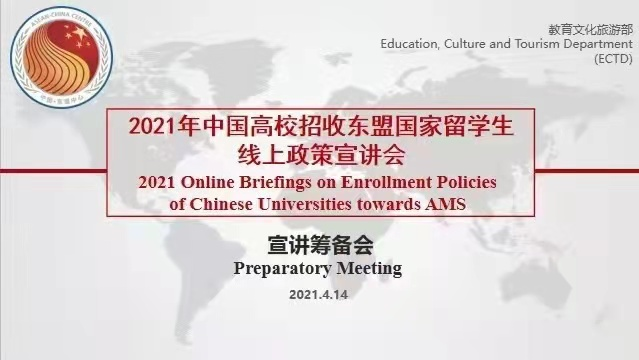 Besides us, other nine Chinese universities were invited, including Central University of Finance and Economics, Beijing Foreign Studies University, Shandong University and East China Normal University. At the meeting, Ran Yisong, Director of the International Department of CCAA, introduced CCAA to the participants, and then detailed the enrollment policies of CCAA for students from ASEAN countries, as well as the majors and scholarships.

After the meeting, the participants from the International Department had an in-depth exchange with Secretary General Chen Dehai, Vice Head Zhou Hui, Director He Wei and other embassy officials. That was about the enrollment for students from ASEAN countries, the teacher-student sessions and the cultural and art communication. The exchange strengthened the connection between CCAA and ASEAN-China Centre and ASEAN embassies in China. In addition, CCAA exchanged international education experience with the participating universities and established friendship with them.

It is reported that the "2021 Online Briefings on Enrollment Policies of Chinese Universities towards AMS" will be held again on April 25. At that time, more than 3,000 students and their parents from 10 ASEAN countries may attend the meeting. This briefing is expected to further expand the influence of the College of Chinese & ASEAN Arts in ASEAN region and attract more students from ASEAN countries to study in the college. 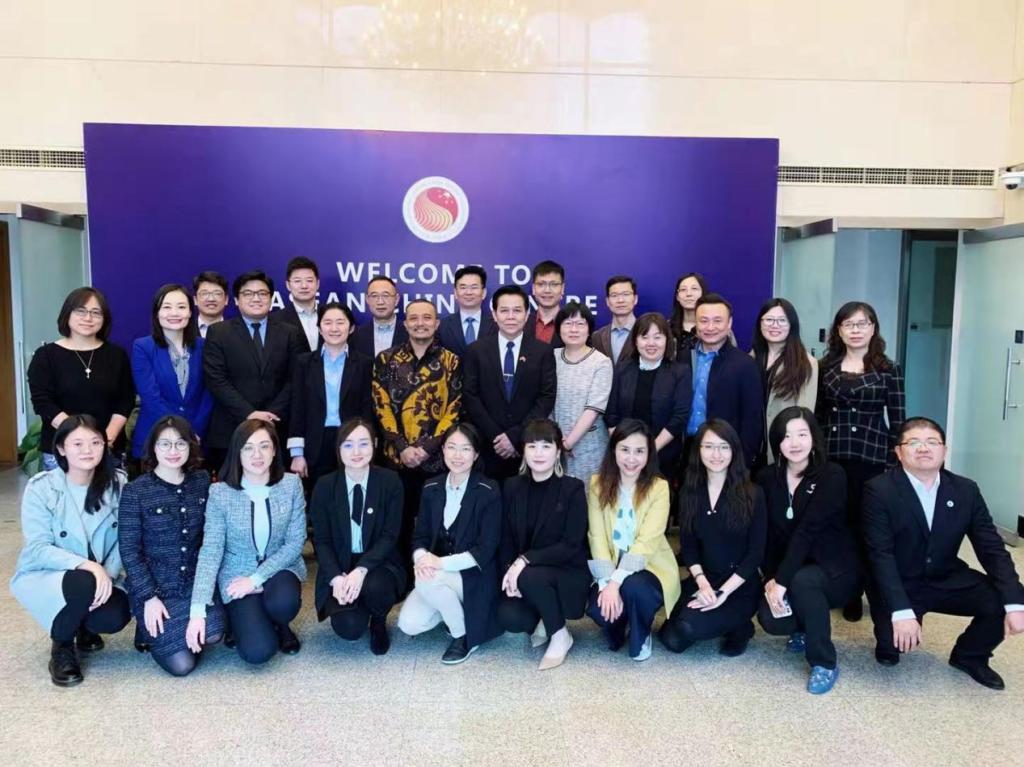